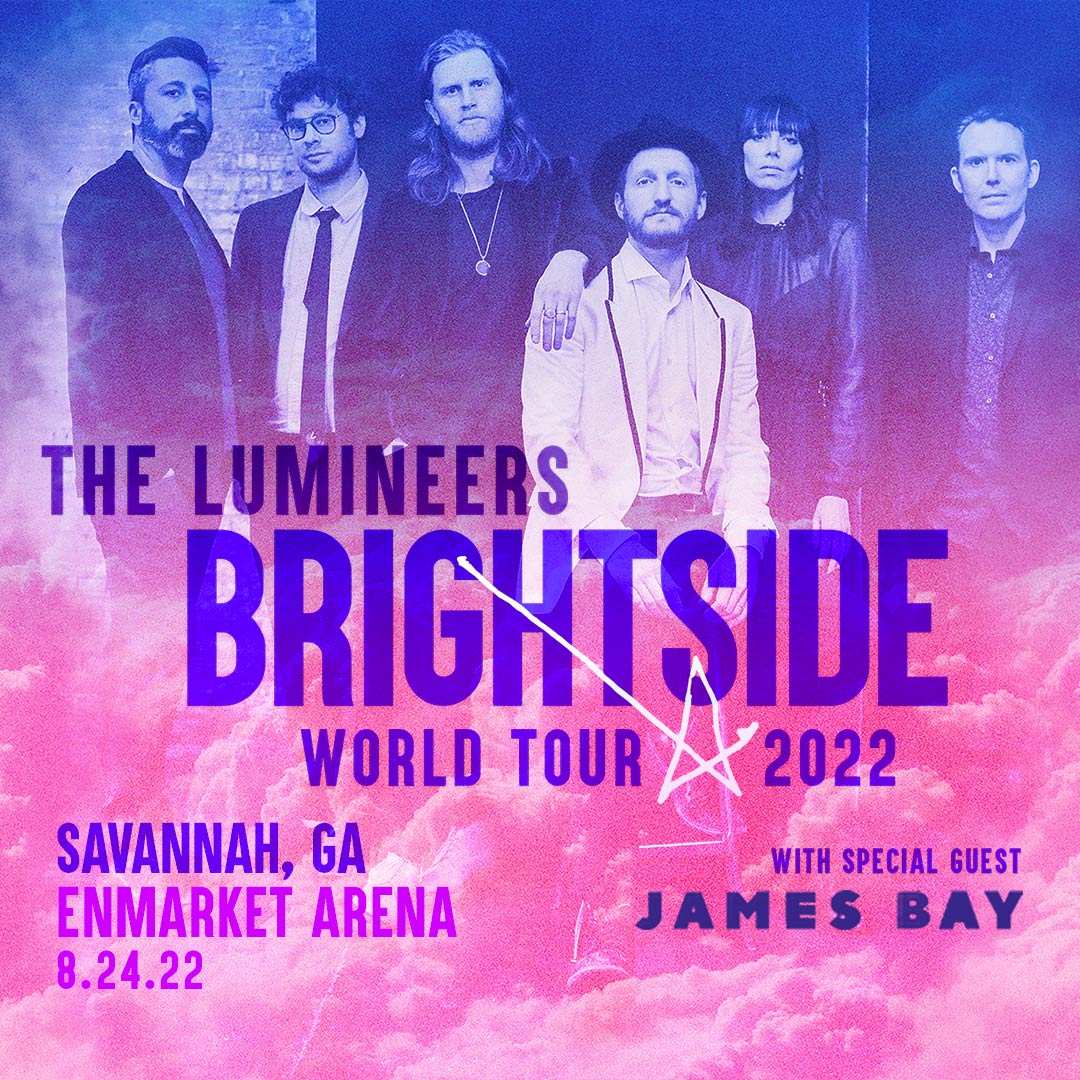 The Lumineers’ hugely anticipated BRIGHTSIDE World Tour is set to begin May 17 with a stop at Savannah, GA’s Enmarket Arena on August 24, 2022 at 7:30pm with special guest James Bay.

Tickets go on sale Thursday, April 14, at 10AM online at enmarketarena.com or ticketmaster.com.

Back to All Events