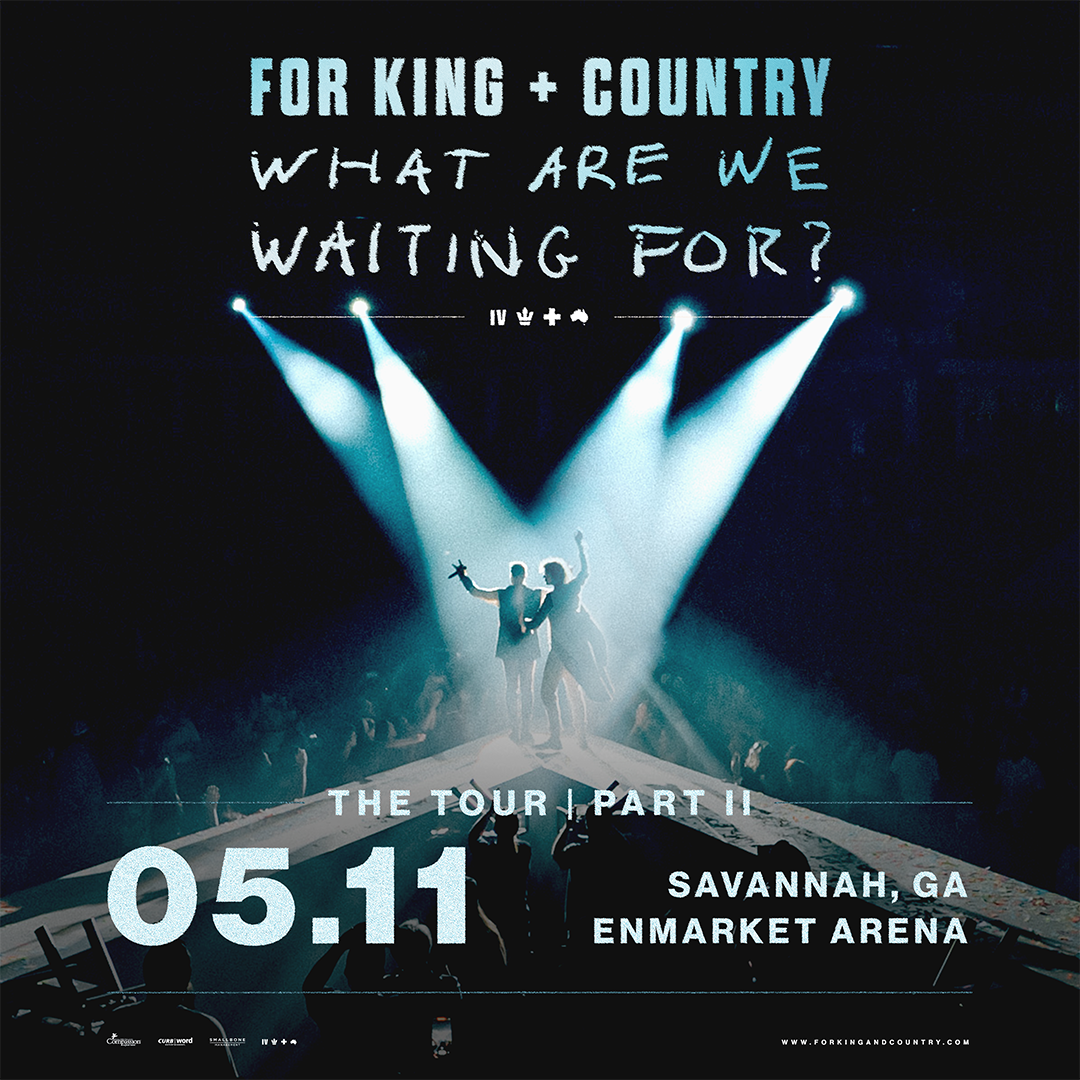 FOR KING + COUNTRY is one of the music industry’s most respected and decorated duos. Brothers Joel and Luke Smallbone have won four GRAMMY Awards, seven GMA Dove Awards, a Billboard Music Award, 13 K-LOVE Fan Awards, and their nine No. 1 songs have produced an astonishing 1.8 billion career streams. The RIAA Platinum-selling act’s live show has been hailed as a must-see concert event that continues to wow sold-out crowds whether in the U.S.A, Australia, Germany, Netherlands, or New Zealand.

They’re bringing their What Are We Waiting For? Tour to Savannah on May 11, 2023!

Back to All Events